Since the book, False Profits, was published in 1998, scores of journalists, including CBS 60 Minutes, Wall Street Journal, London Times, BBC and many daily newspapers, each have conducted interviews and presented news stories, feature articles or radio and television reports on multi-level marketing.

Yet, it was not a news reporter but a comedy/satire show on Cable TV that got it dead-on right. Aired July 8, 2010, on the Show-Time Network, the  show was presented by world famous magicians, satirists and comedians, Penn and Teller, and is provocatively and aptly entitled, Bull_it! The Season 8, Episode 5, segment on multi-level marketing is also aptly entitled, “Easy Money.” The show’s producers taped an interview with PSA President, Robert FitzPatrick, for much of an entire day. Their questions and approach indicated that they fully grasped the sad and disturbing realities of America’s greatest con and that Penn and Teller intended to puncture MLM’ false, manipulated and distorted image. MLM survives only due to the calculated dis-information about income opportunity. If truth were widely known, the MLM “industry” would disappear like the now extinct practice of “alchemy.” 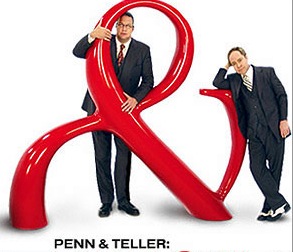 This show is now available on ShowTime on-demand. It is both enlightening and entertaining. You will laugh as you learn. You may also cry.

Note: The program has some profanity, and  nudity.

Penn and Teller’s shows take on popular topics and trends and douses them with profane and hard hitting common sense tests. In the case of multi-level marketing, an American-invented scam that promises the average guy a chance to gain wealth and happiness, Penn and Teller’s methods were perfectly suited. News media — apparently fearing lawsuits, or concerned about offending zealous believers, or simply unable (or unwilling) to see the reality themselves — nearly always water down their reports.

The typical mainstream news report avoids the most shocking fact — more than 99% of all consumers who invest in MLMs lose money. The MLM schemes, therefore, cannot be called “income opportunities”. Las Vegas gambling offers betters odds. The 99% loss rate ought to prevent all reports or claims about MLM’s mythical income promise from being repeated by responsible journalists. It should also trigger law enforcement against false advertising and fraud.

Sadly, it does not. Regulators, controlled by politicians on the receiving end of campaign contributions from the MLM industry, are mostly toothless and silent. Most news reports allude to the documented data on losses only as a “claim” made by “critics” (Critics include the government of England that prosecuted the largest of all MLMs due to 99% loss rate among UK participants over a 30-year span!). They will not verify the facts on their own. Then to “balance” the truth, they usually go on to profile one of MLM’s famous “winners.” Such misleading reports usually offer the disclaimer, that “not everyone” earns high incomes. Not everyone?

Typical reports also fail to explain that the income that is gained by these rare but highly publicized “winners” comes directly out of the pockets of all the losers. In short, they fail to reveal that MLM is a money transfer scheme, not a competitive business. It is not that some consumers win and others lose in a competitive, open market. It is that nearly all must lose in order to reward the few, like in a lottery. This is a closed market swindle with the outcome well known in advance by the recruiters. The losses are required, and so the promises that “anyone can do it” and that it offers a real income opportunity to the average person are deliberate lies.

Finally, few mainstream reports explain the most basic fact – MLMs are not direct selling. MLMers that make any money at all do not get it from selling products to customers. They get it from the purchases, sales and fees of their downline of other “salespeople.” In short, MLM is not about selling products. It is about “endless chain” recruiting — which is a classic con, a trick and a scam.

Penn and Teller grasped all these facts and used their considerable powers of humor, satire and documentary television to open the eyes of those with eyes to see.

Funny and incisive as it was, Penn & Teller’s program about MLM was also sad and tragic. It revealed the pathos of millions of people wasting time and money in the futile quest of the “endless chain.” They showed the absurdity of people hoping to make a living or at least to survive during a Recession by hyping overpriced sex toys, barbecue meats, miracle fruit juice (or a host of other bogus MLM products from perfect water, expensive and futile diets, and absurdly priced vitamins). And it revealed the tragedy of people struggling to appear optimistic and successful even as they lose money, misuse friendships and deny the reality of being conned.